Well, there are a number of these located in rural Northumberland. Perhaps, best known is Black Middens Bastle House, less than 12 miles (approx 25 minutes drive) from Stonyfield Holiday Cottage. High up in the Tarset Valley, this bastle is in the care of English Heritage and if you like visiting peaceful, wild and secluded places, this definitely meets your criteria but bear in mind that to access the property you will have to traverse almost 200m of uneven grassland from the carpark. A bastle house is a defensible farmhouse with thick stone walls . This particular example likely dates to the late C16th when life in the Borders was dangerous and lawless. The living quarters were on the first floor, accessed by the main door at the top of a flight of stone steps. The ground floor sheltered livestock. This type of farmhouse was built by families to protect themselves and their livestock from assault by raiders and this was deemed absolutely necessary until relative peace came to the Borderlands in the early part of C17th when the Scottish Stuart Kings became established on the English throne. Often bastle houses were built in reasonably close proximity to one another for mutual protection against being raided. If you are really interested in visiting more bastles then why not go on the Tarset Bastle Trail developed in conjunction with the Forestry Commission. See Bastle Trail – Tarset Community or use the QR code to access the trail leaflet and map.

oWhilst I hadn't encountered the term "bastle" previously, I was familiar with the pele tower which is similar but with three or four storeys providing an excellent look-out facility. These were occupied by more prominent landowners and more common farther South. Several examples can be found in Cumbria including the surviving pele tower at Whitehall, the country estate of the Victorian businessman and philanthropist, George Moore . Another superb example of a pele tower can be seen at Harby Brow near Mealsgate in Cumbria. This property was recently on the market for £500,000 (now at time of writing this blogunder offer).     the QR code to access the trail leaflet and map. 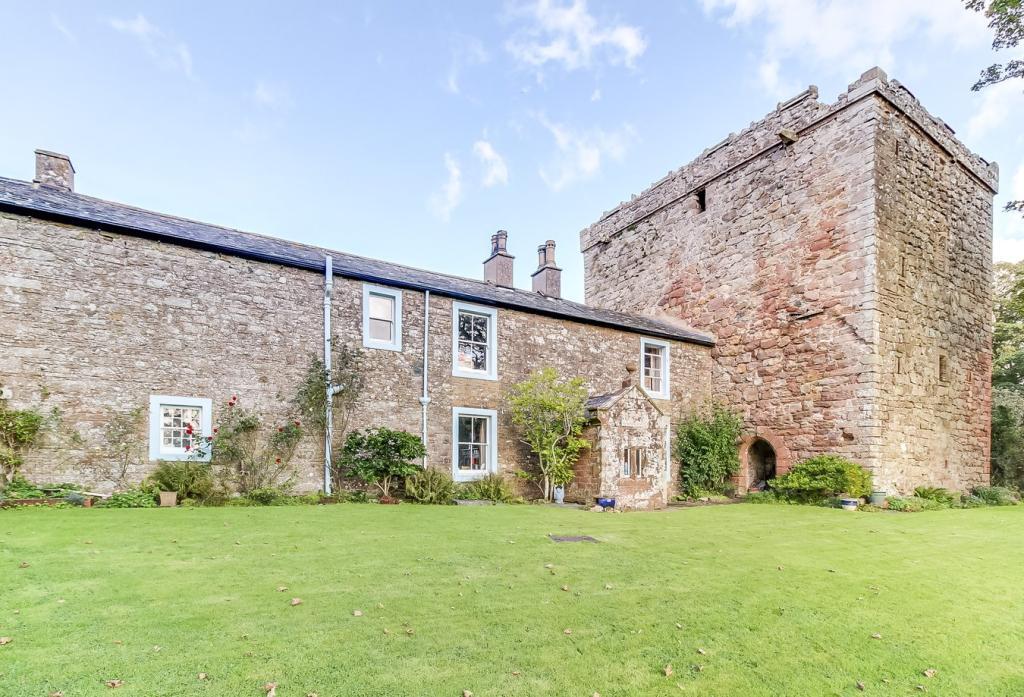